Do Booksellers Ever Retire? 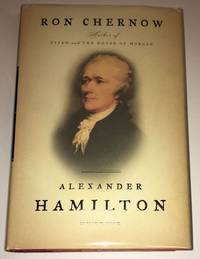 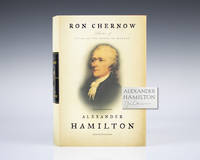 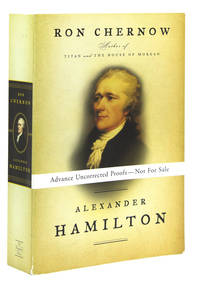 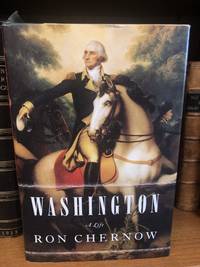 Several years ago my teenaged son and I were lunching with the late Burton Weiss at a popular Berkeley bistro, Le Rendezvous. Burton was a tall, thin mordant guy, prone to squawking when he got worked up, really quite a brilliant bookseller (he would sometimes say things in passing that belonged in the Bartlett’s Book of Antiquarian Quotations, such as: “Reading is bad for books” and “Never judge a book by its contents”). Burton was lamenting growing old, and my son politely asked him when he was going to retire. Burton looked at my son like he was crazy. “Booksellers aren’t ALLOWED to RETIRE!” he shouted. “They just DIE!” Everyone in Le Rendezvous paused to look at the madman dining with us. But was he mad? When Greg Gibson reported on the death of Cheryl Needle and how she was selling material to him and his colleagues even as they paid their last respects to her, that struck many of us as the perfect way to go.

So, when Ed Glaser announced he was going to retire from the book business and assume emeritus status in the ABAA, it caught many of us by surprise. Ed opened his first shop in 1964 and joined the ABAA in 1969. Since 1979 he has been in Northern California, first in Sausalito and then in Napa since 2001. He specialized in science and medicine (but one could also find good books in the humanities in his stock), was one of the founders of the Colorado Antiquarian Book Seminar which has taught thousands of people how to become successful in this profession, and was President of the ABAA from 1986-1988. How can a guy with all that book knowledge and acumen, still sound of mind and body, be ALLOWED to RETIRE?

An Emeritus Member of the ABAA must cease exhibiting at book fairs, refrain from offering material online, and must no longer regularly engage in selling books or buying them for resale. Glaser recounted what it was like to pack up his stock, which will be offered in early 2017 at an auction at PBA in San Francisco:

My inventory is packed into 110 large cartons and is awaiting pickup by the truckers for transport to Pacific Book Auction Galleries in San Francisco for a sale scheduled for Thursday, January 12, 2017.

As my identity on many levels is wrapped up in my books and my business, friends have asked how I feel about being stripped of my inventory. As I look out at my now empty and forlorn looking bookcases, this was the progression of my thoughts. At first I viewed the process rather matter-of-factly and objectively, without any significant emotional coloring. Then, came brief moments of panic. Am I doing the right thing? Am I acting prematurely? Can I realistically expect to be able to operate effectively into my 90s? The answers were yes, no, and no. A peace descended on me as I realized I was actually putting these items up for adoption in the hopes that a good proportion of them would find loving and respectful homes. My early-printed books from the 16th and 17th centuries, after all, have had many homes prior to mine. And they have come through changes of continent, climate, care and usage, mostly unscathed and sometimes bearing the clues as to their previous ownerships. They have survived wars, upheavals, and unexpected political changes. We are the keepers of the written records of history and it is our responsibility to do what we can to ensure their continued survival. I now look forward to their finding their proper new homes.

In Ed’s video interview for the ABAA (which can be found here – please forgive the volume problems for the first minute or so), he describes how his fellow booksellers welcomed him into the trade in the early 1960s and willingly provided advice and mentoring, which surprised Ed, considering he was competition. Likewise, Ed has made similar efforts with young booksellers and was a great model for many of us. Taylor Bowie wrote to Ed the following:

"It was more than 35 years ago when I attended my first ABAA chapter meeting...in  Berkeley, at Narsi's Restaurant (we didn't have a Pacific Northwest chapter then).

I will never forget how you and the others made me feel so welcome, and how you went out of your way to do so, introducing yourself and then introducing me to others...and then, to top it off,  giving me a ride all the way back to San Francisco to my hotel.

What a great conversation we had on the way, about the trade, the city,  etc.  As the saying goes, I might not remember exactly what you said to me, but I do remember how you made me feel and I remain grateful for that.

I knew that night that you were one of the good guys in the trade, and someone whom I would want to emulate as I moved ahead.

I'm not sure now good a job I've done with the emulation, but since then you have continued to be an inspiration and a kind friend...and retirement or not, that will not change."

The video of Ed’s interview is also worth watching for his reflections on the history of the ABAA and its continuing vitality and importance for the future of the antiquarian book trade. He also has wise and prescient thoughts on the effect of the internet, both positive and negative, on the book world. Even though Ed may no longer be actively selling books, you can be assured that all of us at the ABAA will not ALLOW Ed to fully RETIRE and that he will be a guide and inspiration to us for years to come. Thanks for everything, Ed.

Update: The Booksellers begins a series of virtual cinema screenings on Friday, April 17, as release plans have obviously had to change because of shelter-in-place orders. Visit this page for informat... [more about The Booksellers Documentary Opens]