Seeing Beyond the Word: Visual Arts and the Calvinist Tradition 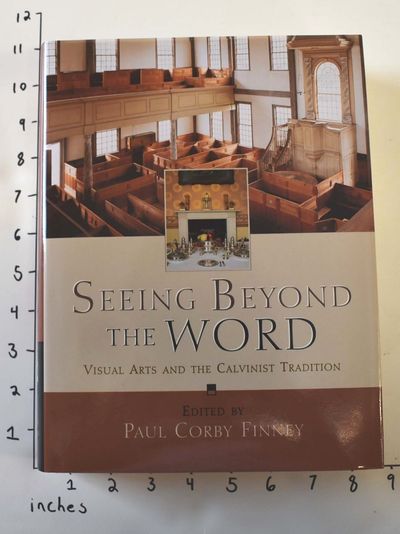 by Finney, Paul Corby, Editor
Grand Rapids, Michigan: Wm. B. Eerdmans Publishing Company, 1999. Hardcover. NF/NF. Beige boards; gilt lettering. Glossy, color-photographic dj. xviii, 540 pp. with 46 color plates and 174 bw figures. Warmly inscribed by the editor to "Edgar." Edgar Joseph Munhall was an American art historian and Curator Emeritus of The Frick Collection, and this book is from his personal library. Reminding readers that starkness is an aesthetic not a lack of aesthetic, surveys the visual arts, including architecture, under the influence of the Protestant Reformation in England, France, Switzerland, Germany, Hungary, the Netherlands, and America. (Inventory #: 162471)
$30.00 add to cart or Buy Direct from Mullen Books
Share this item