The Prints of Robert Motherwell 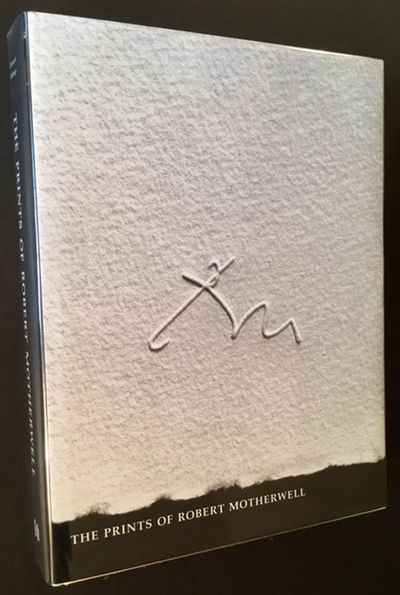 by Stephanie Terenzio (Catalogue Raisonne 1943-1990 by Dorothy C. Belknap)
New York: Hudson Hills Press, 1991. Cloth. Near Fine/Near Fine. In fact the third incarnation of this title, the 1991 "corrected, revised and substantially enlarged version of 'The Prints of Robert Motherwell: A Catalogue Raisonne 1943-1984', which was in turn similarly based upon 'The Painter and the Printer: Robert Motherwell's Graphics 1943-1980', originally published by the American Federation of Arts". This, the 1991 edition, is tight, clean and Near Fine in its oatmeal cloth. And in a bright, Near Fine dustjacket, with just a touch of light scuffing at the rear panel. Thick, tall quarto, text by Stephanie Terenzio, the Catalogue Raisonne of the prints by Dorothy C. Belknap. Publisher's original announcement for this title laid-in. (Inventory #: 14326)
$200.00 add to cart or Buy Direct from Appledore Books
Share this item
Appledore Books
Offered by