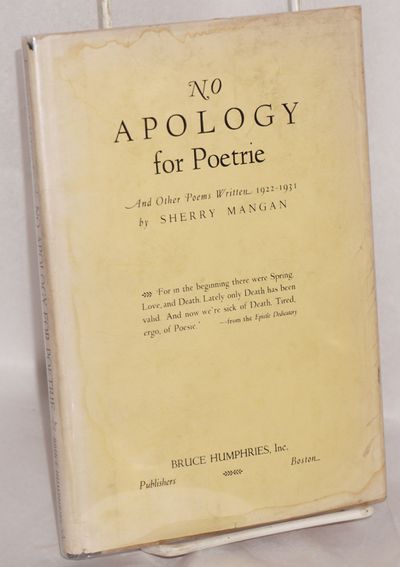 by Mangan, Sherry
Boston: Bruce Humphires, 1934. Hardcover. xi, 89p., first edition, one of 226 copies (an additional seven copies numbered and signed were published); 7x5 inch wood-veneered boards with cloth spine, dj. The casing is somewhat edgeworn, spine lettering slightly eroded, the dj however is quite worn with light dampstains and fading. Mangan, a one time editor of the literary magazine Pagany, he was also active in the Trotskyist movement for many years. (Inventory #: 217485)
$250.00 add to cart or Buy Direct from Bolerium Books
Share this item