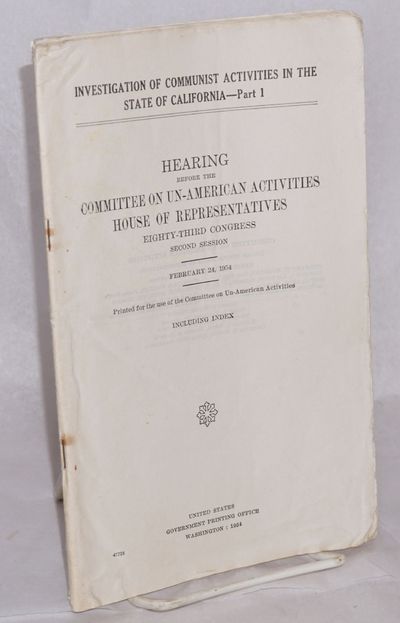 by United States Congress; House Committee on Un-American Activities
Washington: GPO, 1954. First two booklets in the series, staplebound wraps, rather worn, decent reading copies only. Transcripts of the testimony of Stanley B. Hancock, Benjamin Holmes Haddock, and Frances Burke. The first two were willing witnesses, the last one an office worker whose testimony was cut short because she realized she should have counsel. (Inventory #: 217488)
$15.00 add to cart or Buy Direct from Bolerium Books
Share this item