Love Letters: Dutch Genre Paintings in The Age of Vermeer 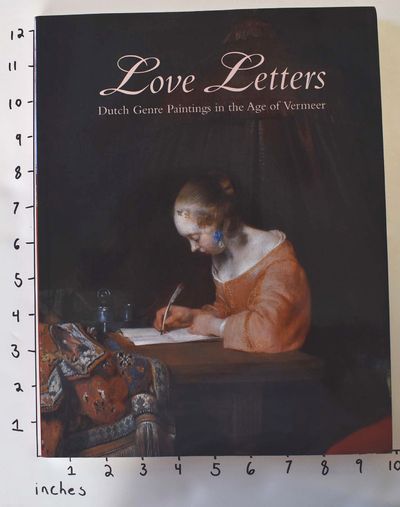 by Sutton, Peter C. et al.
Greenwich, CT: Bruce Museum of Arts & Sciences, 2003. Softcover. VG (Page edges may be tanning lightly; otherwise clean.). Red and color-illustrated glossy wraps, French flaps,. 208 pp. Profuse illustrations in color and bw. "Just as e-mail now dominates written communication, in the 17th century, the writing of personal letters became widespread and fashionable. Although letters had long existed, the notion that they could convey private feelings and emotions suddenly captured the popular imagination and transformed personal communication. During this period, not only was Holland the most literate country in Europe and a leading publishing center, but it was also the focus of an explosion of epistolary activity. In turn, the 17th-c. Dutch genre painters became the first to deict anonymous people writing, reading, dispatching and receiving letters. The catalogue is the first comprehensive study of the subject and relates the depiction of letter themes to the culture, lliterature, and social history of the Netherlands as well as such practical developments as the spread of the Dutch postal system." With 3 main essays, a list of artists, and the catalogue. Truly a fascinating subject and catalogue! Published to accompany the exhibition at the National Gallery of Ireland and the Bruce Museum of Arts and Science, October 2003 - May 2004. (Inventory #: 36203000001)
$23.00 add to cart or Buy Direct from Mullen Books
Share this item