The Art of Rehearsal 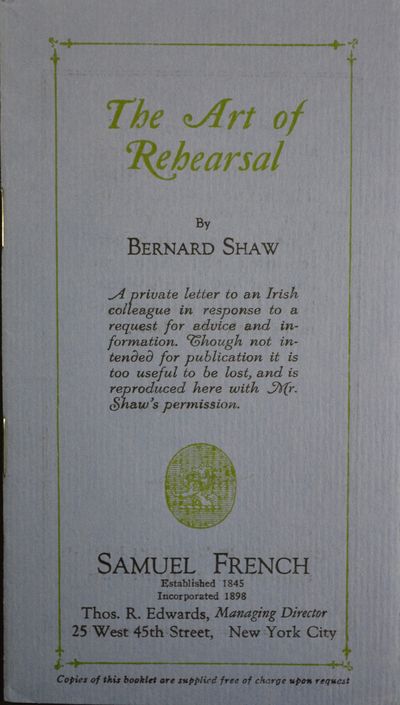 Shaw's letter to an Irish friend who sought advice on stage techniques for the theatre. The letter had been published in Collier's Weekly in 1922 with the title Make Them Do Well. The publisher of this volume, Samuel French, reprinted the letter in 1928 but with a different title: The Art of Rehearsal. Laid in is an old bookmark of New York antiquarian booksellers James F. Drake.

First edition points present. Subsequent editions contained advertisements for later works by Shaw, including The Apple Cart in the 2nd edition and Too True to Be Good in the 3rd edition (Dan H. Laurence, Bernard Shaw, A Bibliography, Clarendon Press, Oxford, 1983. A188). The first printing of this pamphlet is scarce to the market.

The Fight for a New China

New York : New Century Publishers , 1945
(click for more details about The Fight for a New China)
View all from this seller>