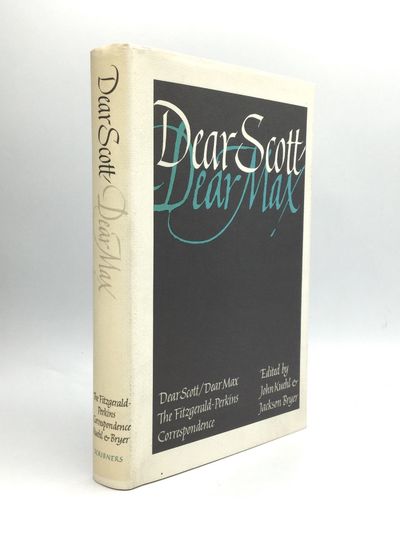 by Kuehl, John and Jackson R. Bryer (Editors)
New York: Charles Scribner's Sons, 1971. First Edition. Hardcover. Fine/Near fine. The letters of F. Scott Fitzgerald and Maxwell E. Perkins record the relationship between a great writer and an incomparable editor. It was Perkins, then a young editor at Charles Scribner's Sons, who signed Fitzgerald in 1919 and worked with the writer to revise the manuscript of his first book, This Side of Paradise (1920), after its initial rejection. In addition to revealing the genesis of a talent and the progress of a career, the correspondence includes astute remarks and fascinating details about Ernest Hemingway, Thomas Wolfe, Ring Lardner, Edmund Wilson, Willa Cather, Edith Wharton, Carl Van Vechten, and many others. Signed by Jackson R. Bryer on the title page, and additionally inscribed by him on the half-title to noted Fitzgerald collector Nick Beck. Bryer also wrote the acclaimed The Critical Reputation of F. Scott Fitzgerald: A Bibliographical Study (1967). Octavo. Original brown cloth binding, with white and green titles. A fine copy in a nearly fine dust jacket with some light sun fading along the spine. (Inventory #: 66117)
$75.00 add to cart Available from Johnson
Share this item

by Pal, Pratapaditya and Julia Meech-Pekarik