Journal of a Voyage for the Discovery of a North-West Passage... 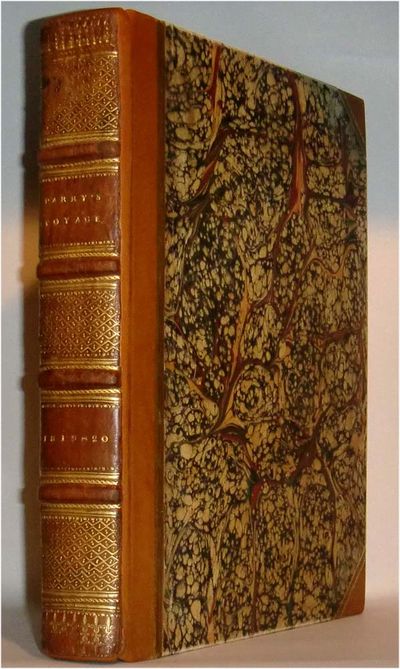 Parry cut his teeth in the Spitzbergen whale fishery, then served under Ross in the Arctic. He commanded his own expedition in 1819-20, which was successful. A second expedition was undertaken in 1821 to attempt the long-desired Northwest Passage again, and a third was sent out under Parry in 1824. This is a first edition of the first voyage. Arctic Bib. 13145. Sabin 58860. Hill 1311. A fresh, clean copy of the first edition. Rebound, antique style, in half calf over marbled boards. Gilt decorated backstrip laid down. (Inventory #: 39492)
$750.00 add to cart Available from
Ten Pound Island Book Co.
Share this item