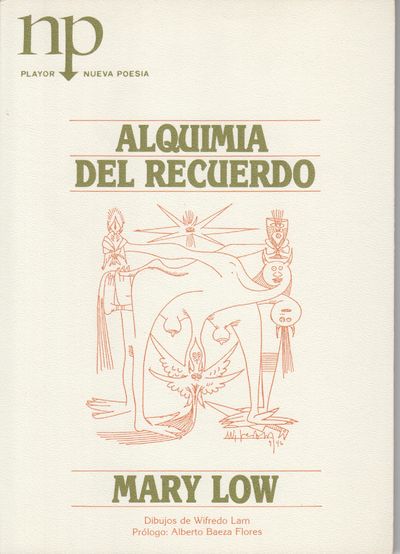 by Low [Machado], Mary; Lam, Wifredo (Cover)
Madrid: Editorial Playor. 1986. First Edition; First Printing. Softcover. Fine copy. Mary Low Machado (1912-2007) spoke on the radio and edited an English-language newsweekly during the Civil War in Spain in 1936. During the time she was there she worked with the POUM along with her companion, Juan Brea. Her fellow writers included Benjamin Peret, Lois Orr Cusick and Charles Orr, Peret was a Surrealist, and the Orrs also edited an English-language newspaper during the war. In England, she and Brea published Red Spanish Notebook, with a Preface by CLR James. The book has been reprinted by City Lights Books. After Brea died in 1941, she married Amando Machado Extra postage may be required for heavy or oversize books.; 12mo 7" - 7½" tall; 72 pp . (Inventory #: 28172)
$25.00 add to cart Available from Beasley Books
Share this item

New York : Random House , 1938
(click for more details about Collected Poems)
View all from this seller>