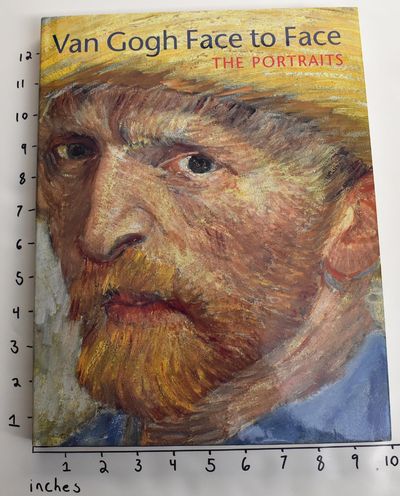 by Dorn, Roland et al.
Detroit, Michigan: The Detroit Institute of Arts / Thames & Hudson, 2000. Hardcover. VG/VG. Black cloth/boards; silver lettering. Color-pictorial dust jacket. 272 pp. 228 illustrations, 204 in color. Issued in conjunction with a series of 2000-2001 exhibitions of these portraits rendered by Post-Impressionist Vincent Van Gogh (1853-1890). "Here, for the first time, the great portraits from all stages of van Gogh's life are collected together. The story begins with the extraordinary and relatively unknown bdy of vivid, carefully executed drawings of paupers and laborers produced in The Hague when he was a young man. It continues with van Gogh's time in Paris, where the influence of Impressionism, Japanese art, and contemporaries such as Paul Gauguin and Emile Bernard led him to produce some of his most famous images. ... Each work is beautifully reproduced and set in context by leading scholars. Individually, their essays focus on particular groups of work, shedding new light on van Gogh's aims and methods. Collectively, they establish the centrality of portraiture to his oeuvre. The result is nothing less than a wholly original way of looking at van Gogh -- an unprecedented and wonderfully revealing view of his enduring achievement as an artist. (Inventory #: 163379)
$24.99 add to cart or Buy Direct from Mullen Books
Share this item