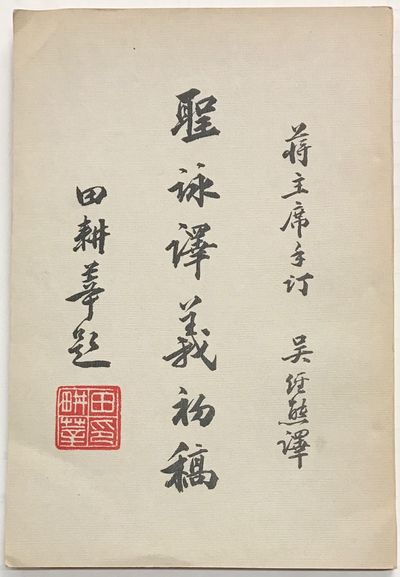 by Wu Jingxiong [John C.H. Wu] 吳經熊
Shanghai: Shangwu yinshuguan 商務印書館, 1946. 121p., paperback, very good, minor wear to covers, text in Chinese. Third printing. Wu's translation of the Psalms, with annotations by Chiang Kai-Shek. Under the name John C.H. Wu, the same author published a number of influential legal works. He became China's delegate to the Vatican in 1947, as the first Roman Catholic diplomat to represent a non-Catholic country. He went on to teach in Hawaii and New Jersey. (Inventory #: 218904)
$40.00 add to cart or Buy Direct from Bolerium Books
Share this item