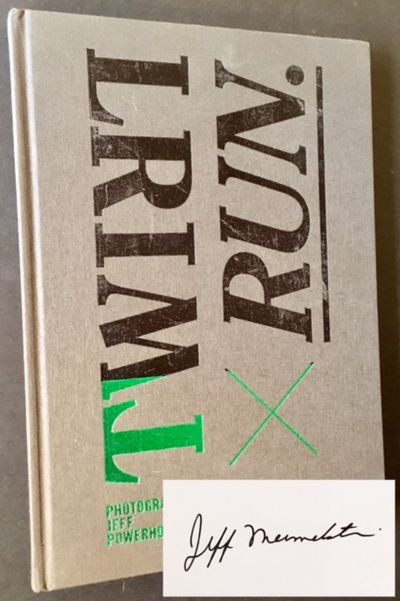 by Jeff Mermelstein
Brooklyn: powerHouse Books, 2009. Cloth. Near Fine. SIGNED BY THE PHOTOGRAPHER JEFF MERMELSTEIN at the half-title. A near-pristine copy to boot of the 2009 1st edition, which was limited to 1,500 copies. Tight and Near Fine in its dark-brown cloth, with just a touch of light scuffing at the front panel. Tall quarto, edited by Greger Ulf Nilson. Wonderful series of photographs of women twirling their hair as they're walking along the sidewalks of New York and (mostly) men running along these same sidewalks. Thus, "Twirl x Run" (Inventory #: 14566)
$100.00 add to cart or Buy Direct from Appledore Books
Share this item
Appledore Books
Offered by

Tumors of the Skin (In Dustjacket)

Springfield, IL : Charles Thomas , 1956
(click for more details about Tumors of the Skin (In Dustjacket))
View all from this seller>