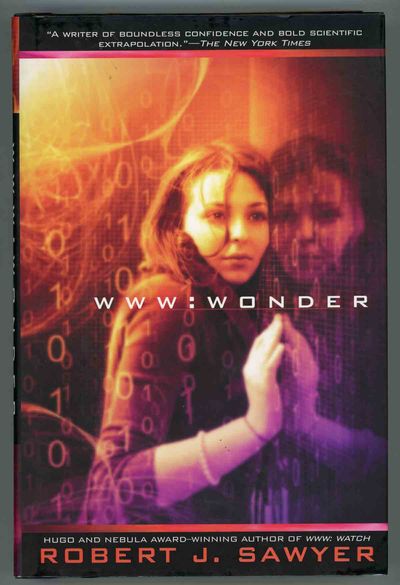 by Sawyer, Robert J.
New York: Ace Books, 2011. Octavo, boards. First edition. Signed on the title page by Sawyer. A story of the Web, and its awakening. "... set in the near future, the WWW sequence, comprising WWW: WAKE (2009), WWW: WATCH (2010) and WWW: WONDER (2011), describes the coming to consciousness of the World Wide Web, as well as a parallel development in a chimpanzee-bonobo hybrid, who learns to paint; an interface between a blind human and the infant webmind leads to radical improvements in healthcare and general well-being, though the American military, which may fear its obsolescence through the Singularity Webmind seems to predict, wishes to destroy the adolescent worldmind." - John Clute, SFE (online). Publisher's publicity sheet laid in. A fine copy in fine dust jacket. (#157494) (Inventory #: 157494)
$45.00 add to cart or Buy Direct from L.W. Currey
Share this item
L.W. Currey Inc.
Offered by