The City of Women 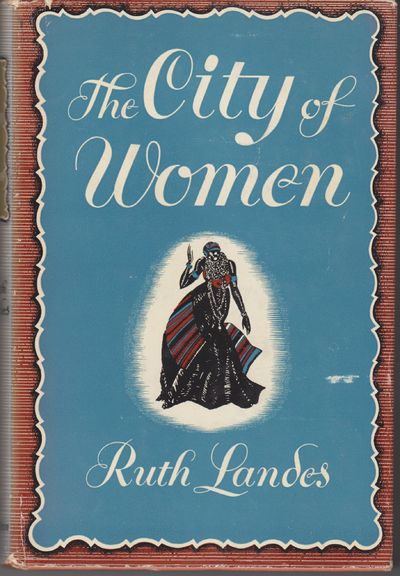 by Landes, Ruth
New York: Macmillan. 1947. First Edition; First Printing. Hardcover. A fine copy in very good+ dust jacket with bit sunned sun and a 1" closed tear at foot of front spine fold. The author studied the African-Brazilian religion Candomble, founded by victims of the slave trade in Salvador in the state of Bahia. Elements of Catholocism trickled into Candomble practices, but Candomble ("dance in the honor of the gods") was made up chiefly of beliefs brought from Africa during slavery, mostly from Bantu, Fon and Yoruba sources, and it was often practiced clandestinely.. Its popularity has grown, especially in Salvador da Bahia, and it is believed to have nearly two million practioners today. Landes's book emphasizes the role of women in this religion, as well as the special significance of music and dance. Extra postage may be required for heavy or oversize books.; 8vo 8" - 9" tall; 248 pp . (Inventory #: 28248)
$40.00 add to cart Available from Beasley Books
Share this item