The forging of the cosmic race a reinterpretation of colonial Mexico 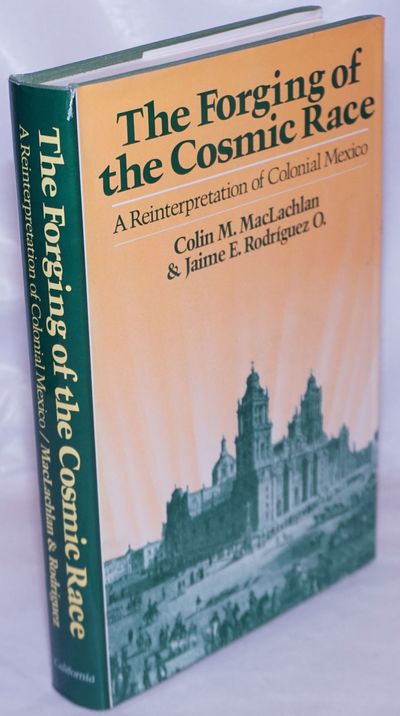 by MacLachlan, Colin M. & Jaime E. Rodriguez O.
Berkeley: University of California Press, 1980. Hardcover. xiv, 362p., b&w photo-insert section from period images, first edition cloth boards in dj. Entirely clean and sound, a very good copy. "The blending of four races in Mexico created a new people-- a 'cosmic race,' to use Jose Vasconcelos' evocative phrase" (p.4). From dj: "The authors contend that New Spain was neither feudal nor pre-capitalist as some Neo-Marxist authors have argued" - a "revisionist" p.o.v that argues that the colonial mining era enabled the creation of a mestizo society and the destruction of these mines has hobbled that creation to this day ..that "only in New Spain did a true Mestizo society emerge, integrating Indians, Europeans, Afrricans and Asians into a unique cultural mix" ..this view tainted with a whiff of neo-racism. (Inventory #: 64111)
$17.00 add to cart or Buy Direct from Bolerium Books
Share this item