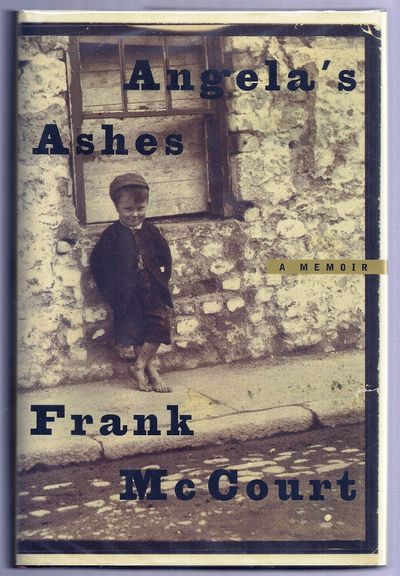 by McCOURT, Frank
(New York): Scribner, (1996). First Edition. Hardcover. Fine in a Fine dustwrapper. Cloth-backed boards. The moving Pulitzer Prize-winning autobiography by this Irish-born New York City teacher, made into a fine film. This is an exceptional Association Copy INSCRIBED and SIGNED by the author on the title page at the time of publication to R'lene Dahlberg who heads the list of Acknowledgments for the book as the one who "fanned the embers." Dahlberg, the sixth of seven wives of author Edward Dahlberg, was a fellow teacher of McCourt's at Stuyvesant High School as well as a friend and muse, as evidenced by this inscription dated 25 November 1996: "For R'lene - with love/and memories of a/friendship that reaches/back almost beyond/memory and will continue/well into the millenium/Love/Frank McCourt." Apparently, he was wrong as we have a note in our possession by R'Lene Dahlberg describing her relationship to McCourt which, by all accounts, seems to have cooled dramatically upon the publication of this book.

McCourt admired Edward Dahlberg's superb autobiography BECAUSE I WAS FLESH and modeled his own ANGELA'S ASHES after it, both writers casting their mothers as the central characters. Both emerged from impoverished childhoods to achieve success, though Dahlberg's was critical rather than financial. Dahlberg was dead when ANGELA'S ASHES was published in 1996, but his former wife, R'lene Dahlberg, was alive. She was the first person to encourage McCourt to publish his work and stated in a private note, for which we can include a copy with this book, that she "got him his first publication- called 'If you live in a lane.'" (Inventory #: 018606)
$2,500.00 add to cart or Buy Direct from Charles Agvent
Share this item

A SEASON IN HELL

BRIEF ACCOUNT OF MURDERS BY THE INDIANS, AND THE CAUSE THEREOF, IN NORTHAMPTON COUNTY, PENN'A., OCTOBER 8TH, 1763

Philadelphia : T. W. Stuckey , 1875
(click for more details about BRIEF ACCOUNT OF MURDERS BY THE INDIANS, AND THE CAUSE THEREOF, IN NORTHAMPTON COUNTY, PENN'A., OCTOBER 8TH, 1763)
View all from this seller>