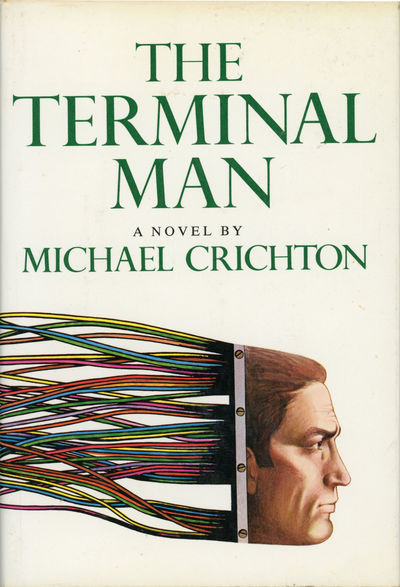 by Crichton, Michael
New York: Alfred A. Knopf, 1972. Octavo, cloth-backed boards. First edition. "Followed his breakthrough book, THE ANDROMEDA STRAIN (1969), which, like the present work, featured a scientist who suffers from brain seizures: a potent metaphor for a supposedly scientific society that is seized now and then by the irrational." - Robert Eldridge. "A small computer is implanted in an epileptic's body to control seizures by means of electric shocks. Mishandling by the experts whips the man into frenzied action." - Mowshowitz, p. 303. A fine copy in fine dust jacket with mild creases at upper spine end. A nice copy overall. (#159548) (Inventory #: 159548)
$75.00 add to cart or Buy Direct from L.W. Currey
Share this item
L.W. Currey Inc.
Offered by