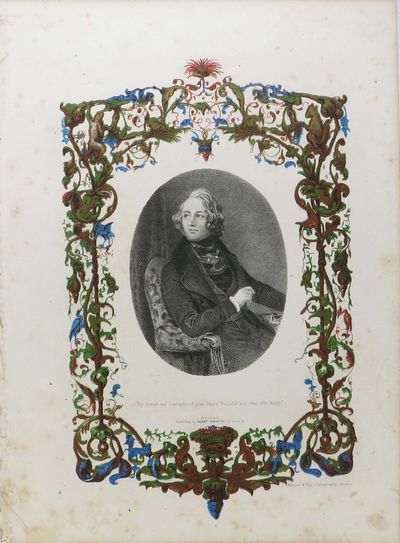 first edition White paper wrappers, with front cover have an stipple engraved image of Dickens, after Maclise, surrounded by a floral chromoli

The referenced dinner was sponsored by a committee of 'Young Men of Boston', who had extended their invitation to the also young, but already famous, author before he left England. The dinner was held in Papanti's Hall, with Josiah Quincy Jr as Chair, who was ably assisted by Oliver Wendell Holmes & Nathan Hale Jr; the young James T. Fields was a guest. Also in attendance was "Josiah Quincy Sr, the president of Harvard, Washington Allston, the poet & artist; George Bancroft, the Historian, & Richard Henry Dana Jr. ... Letters were read from Prescott, Washington Irving, William Ellery Channing, Judge Story, and others, regretting their inability to be there." OCLC records 4 holding institutions. Rare in the trade. (Inventory #: 45485)
$1,850.00 add to cart or Buy Direct from Tavistock Books
Share this item

INTERLINEAR To CABEZA De VACA. His Relation of the Journey from Florida to the Pacific. 1528 - 1536

Santa Fe, New Mexico : Writers' Editions Inc , 1939
(click for more details about INTERLINEAR To CABEZA De VACA. His Relation of the Journey from Florida to the Pacific. 1528 - 1536)
View all from this seller>