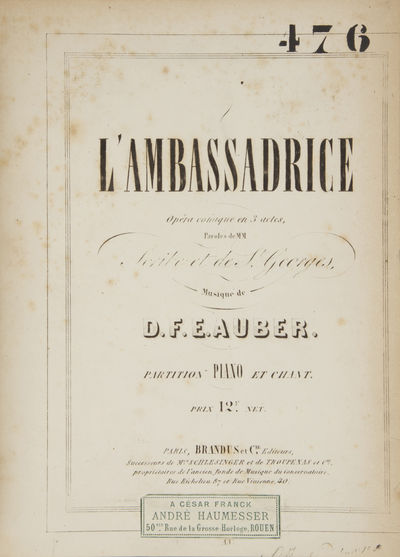 Auber "composed mostly opéras comiques, and was the foremost representative of this genre in 19th-century France." Herbert Schneider in Grove Music Online.

"[Franck] was one of the leading figures of French musical life during the second half of the 19th century." John Trevitt and Joël-Marie Fauquet in Grove Music Online. (Inventory #: 29286)
$182.00 add to cart or Buy Direct from
J. & J. Lubrano Music Antiquarians
Share this item