The Dream Keeper And Other Poems 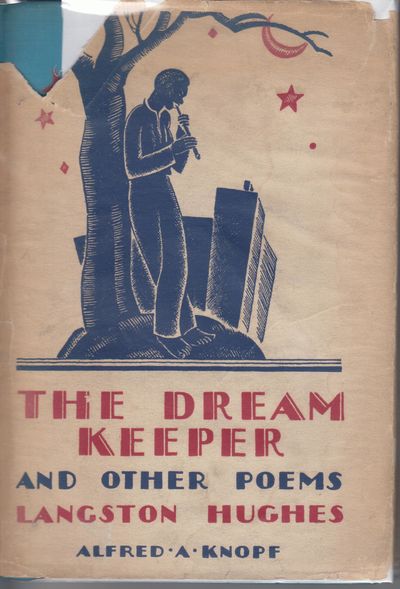 by Hughes, Langston
New York: Knopf. 1946. Seventh Printing. Hardcover. A near fine copy in trashed dust jacket with chips on rear panel and front panel, spine missing entirely, flaps ok. A nice association copy., inscribed by Hughes to Milton Mayer, Great Books scholar at U of Chicago, professor and journalist. Milton Mayer's They Thought They Were Free: The Germans 1933-1945, written in 1955, was just reissued and reviewed in the New York Review of Books which quoted the attitudes toward Naziism of ordinary Germans. He was a long-time roving editor for The Progressive, a CO during World War II, and an ardent pacifist. He was one of the leading lights of the peace movement in the US. Mayer daughter Julie wrote in pencil that she has "stolen" this book for herself. ; 8vo; 77 pp . (Inventory #: 28704)
$450.00 add to cart Available from Beasley Books
Share this item

The Man With The Golden Gun

London : Jonathan Cape , 1965
(click for more details about The Man With The Golden Gun)
View all from this seller>