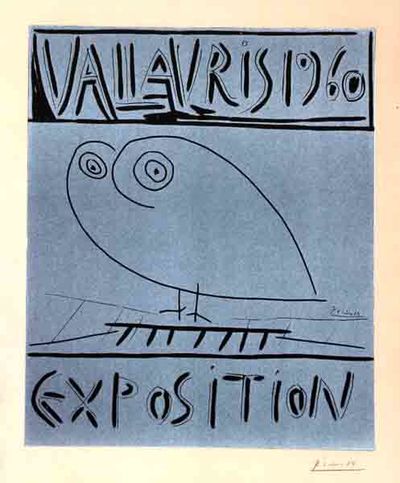 In the late 1940s, Picasso became interested in ceramics. He wanted to design a ceramic form that could be produced in a small limited edition, just as he would produce a print on paper..

In 1953 Picasso met artist Jacqueline Roque at Madoura Pottery in Vallauris where she worked. Together they created his ceramics. In 1961 they married and moved to Mougins, France where Picasso continued creating ceramics until his death in 1973..

Annually, he created a poster to advertise his show and sale of new ceramics. This run of posters included a small, signed limited edition on special paper, as here. Nicely framed. (Inventory #: 1338)
$8,500.00 add to cart Available from Golden Legend
Share this item
Golden Legend, Inc.
Offered by