SOME WILL NOT DIE .. 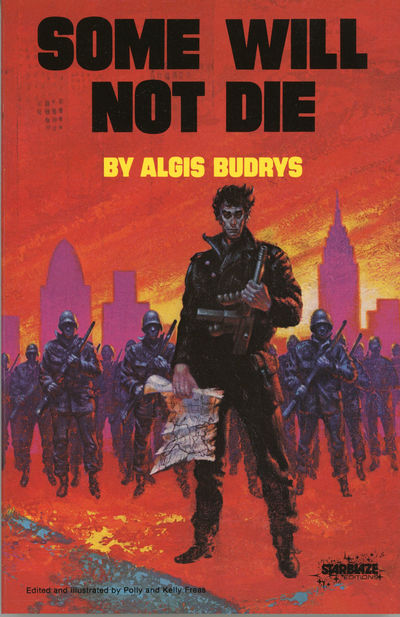 by Budrys, Algis
Norfolk: Starblaze Editions Donning, 1978. Octavo, pictorial wrappers. First printing of this edition. Starblaze Editions SB02. First published as FALSE NIGHT (Lion 1954) in a very abridged version and republished as SOME WILL NOT DIE (Regency 1961) with the full text restored and new material added. This 1978 Starblaze edition has additional revision by Budrys. "... a Post-Holocaust story is set in a plague-decimated USA and, through the lives of a series of protagonists, a half century or so of upheaval and recovery is described. SOME WILL NOT DIE is a much more coherent (and rather grimmer) novel than its predecessor." - John Clute/David Langford, SFE (online). "A grim but compelling first novel." - Pringle, The Ultimate Guide to Science Fiction, second edition (1995), p. 334. Trade paperback format. Sargent, British and American Utopian Literature, 1516-1985, p. 250. A fine copy. (#159783) (Inventory #: 159783)
$25.00 add to cart or Buy Direct from L.W. Currey
Share this item
L.W. Currey Inc.
Offered by