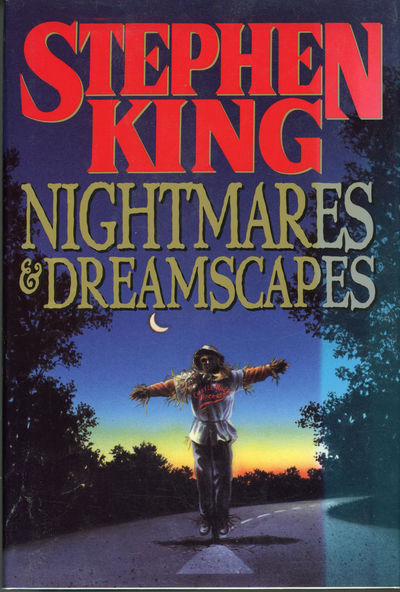 by King, Stephen
[New York]: Viking, 1993. Octavo, cloth-backed boards. First edition. King's fourth collection of short fiction. Collects twenty stories, a television script ("Sorry, Right Number"), an essay ("Head Down") and a poem ("Brooklyn August"). "Two stories, "Dolan's Cadillac" and "My Pretty Pony," both published earlier as separate books, are collected here with revised text. The title of this book was used for a television anthology series of King's stories in 2006; which used the following stories from this collection- "Crouch End," "End of the Whole Mess," "The Fifth Quarter," "Umney's Last Case," and "You Know They Got A Hell of A Band." The story "Chattery Teeth" was used as part of the television film Quicksilver Highway (1997), Stories made into short films: "Home Delivery," "My Pretty Pony," "Popsy," "Rainy Season," and "Suffer the Little Children." The story "The Moving Finger" was used in a television anthology series and the story "The Night Flier" was made into a cable television film in 1997. A fine copy in fine dust jacket. (#159759) (Inventory #: 159759)
$25.00 add to cart or Buy Direct from L.W. Currey
Share this item
L.W. Currey Inc.
Offered by

New York : Alfred A. Knopf , 1945
(click for more details about Son of the wilderness the life of John Muir by Linnie Marsh Wolfe)

Garden City : Nelson Doubleday , 1975
(click for more details about THE BEST OF FREDERIK POHL ..)
View all from this seller>