4 Protective Passes signed and given by by Carl Lutz The Swiss Counsel General and Angelo Rotta the Papal Nuncio, in Budapest 1944 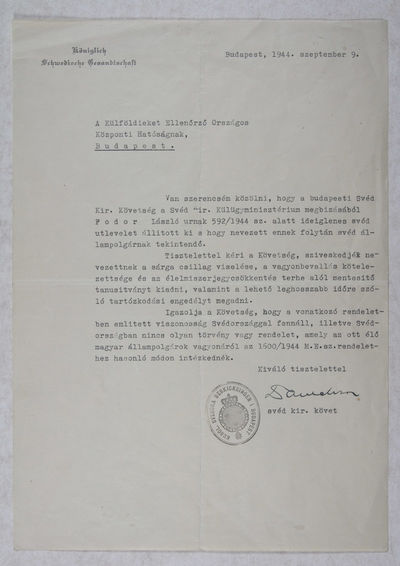 by n/a
Budapest, 1944. g. Remarkable collection of four documents related to the attempts to save the Hungarian Jews:

3.) Collective pass issued by the department of foreign citizens at the Swiss consulate in Budapest. Pass in the name of Földes Sándor and his spouse. Document bearing the stamp of the Légation de Suisse in Budapest, and dated October 23, 1944. (Stamped signature unreadable). Document in German and Hungarian.