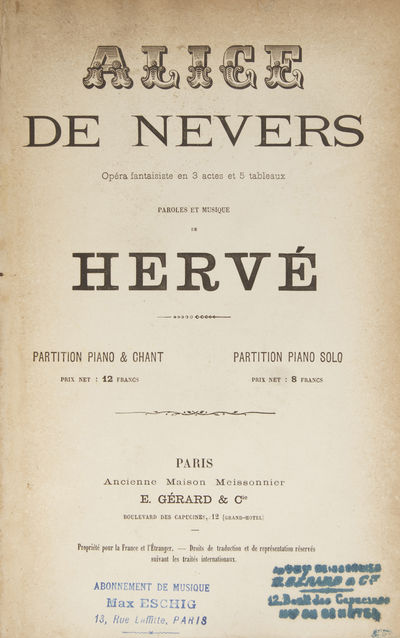 Binding worn; minor damage to outer edge of upper; minor remnants of label to center of upper board; head of spine to lower split. Slightly browned and foxed; some gatherings split; occasional tears to upper margin; publisher's handstamps to lower margin of title. Alice de Nevers was first performed in Paris at the Folies-Dramatiques on April 22, 1875.