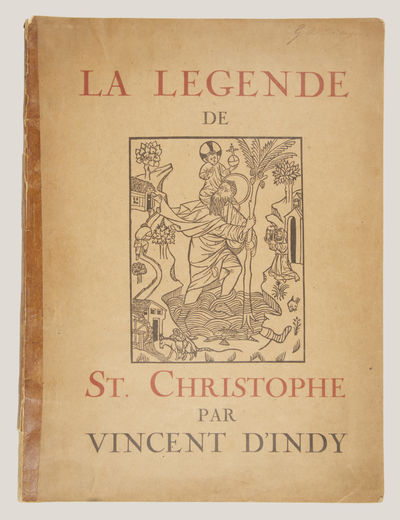 La Légende, to the composer's own libretto after Jacobus de Voragine's Legenda Aurea, was first performed in Paris at the Opéra on June 9, 1920.

"There is... much to admire in this visionary, Trinitarian 'cathédrale sonore', which can only loosely be described as an opera, and really amounts to an almost superhuman act of faith. Its 24 themes are treated symphonically in a massive integrated tapestry, some deriving from plainchant, some from medieval or folksong sources. As always with d'Indy, the orchestration and tonal planning are masterly, and the textures and counterpoint are generally lighter than one might expect." Robert Orledge in Grove Music Online. (Inventory #: 28488)
$83.00 add to cart or Buy Direct from
J. & J. Lubrano Music Antiquarians
Share this item