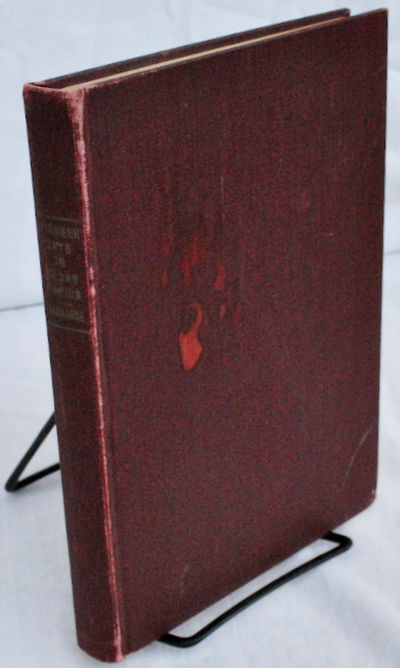 by Charles Augustus Laurance (1855-1943)
Cedar Rapids, IA: Laurance Press Co, 1936. First Edition. Hardcover. Very Good. LIMITED EDITION of 500 copies. 8vo. 7 7/8 x 5 1/2 inches. 12, 170, [4] pp. Half-title, black-and-white frontispiece portrait of the author, title-page printed within a ruled border, 25 illustrations including portraits of significant characters and buildings of the region; text clean, unmarked. Maroon cloth, gilt-stamped spine; binding square and tight, shelf wear, water spot on front cover. INSCRIBED BY THE AUTHOR on the front paste-down. Very good. Cedar Rapids, Iowa, the second largest city in Iowa and county seat of Linn County, traces its white settlement origins to the 1830s; it was resurveyed in 1841 and renamed Cedar Rapids. It was incorporated on January 15, 1849. Charles Laurance was born October 28, 1855 near Rochester, New York; his family moved to Cedar Rapids in 1860. Charles Laurance was affiliated with the printing industry in Cedar Rapids from the 1880s and in 1896, founded the Laurance Press Company. Laurance was involved in all the fraternal organization of the town, and kept extensive files and scrapbooks regarding the goings-on of Cedar Rapids, which eventually formed the historical documents that undergird this important account of the city's founding and development. (Inventory #: WY617-116)
$50.00 add to cart Available from
John Howell for Books
Share this item