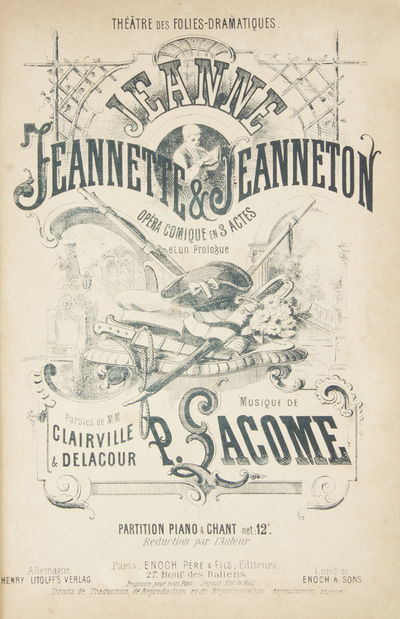 Jeanne Jeannette & Jeanneton was first performed in Paris at the Théâtre des Folies-Dramatiques on October 27, 1876.

Lacome composed operettas, songs, orchestral and chamber music and piano pieces. "[He] was a close friend of Chabrier, whose high opinion of him is evident from his letters." Andrew Lamb in Grove Music Online. (Inventory #: 29289)
$72.00 add to cart or Buy Direct from
J. & J. Lubrano Music Antiquarians
Share this item