THE WIND AND THE RAIN: A BOOK OF CONFESSIONS 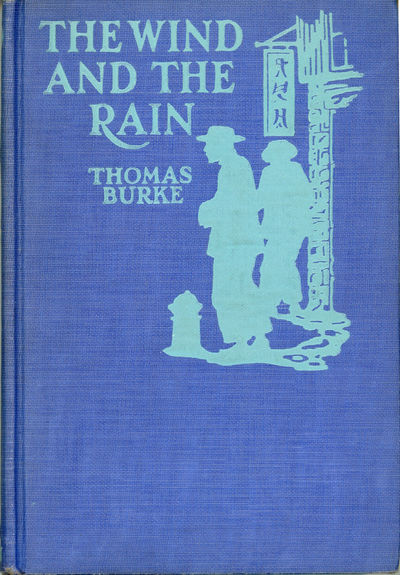 by Burke, Thomas
New York: George H. Doran Company, 1924. Octavo, pp. [1-10] 11-309 [310-311: blank], publisher's blue cloth stamped in light blue. First U.S. edition. Fanciful, somewhat autobiographical sketches of the author's youth in London. Burke's father died when his son was a few months old and the family had some years of struggle. Until he was nine, Burke lived with his uncle in the London district of Poplar. He left school at fifteen and entered a commercial office, which he hated. He began writing and sold his first story at sixteen, quit his clerk's job at nineteen and became assistant to a secondhand bookseller. After some success in his literary endeavors, especially following the publication of LIMEHOUSE NIGHTS (1916), he devoted himself to literary work. His specialty was writing about the more lurid aspects of the London slums. A fine copy. (#160136) (Inventory #: 160136)
$35.00 add to cart or Buy Direct from L.W. Currey
Share this item
L.W. Currey Inc.
Offered by

New York : White , 1883
(click for more details about A DAUGHTER OF THE GODS OR HOW SHE CAME INTO HER KINGDOM: A ROMANCE by Charles M. Clay [pseudonym] ..)

New York : Ralph S. Mighill , 1899
(click for more details about MONTEZUMA'S CASTLE AND OTHER WEIRD TALES ... Author's Edition)
View all from this seller>