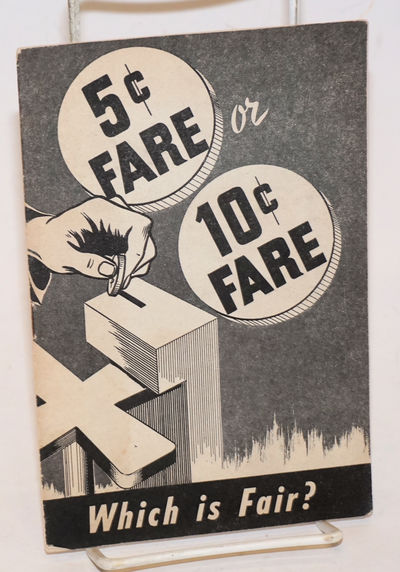 by Cacchione, Peter V.
New York: Communist Political Association, 1942. Pamphlet. 23p., wraps, musty, rear wrap water stained at bottom corner, else good condition. "An argument by a communist member of the New York City Council in favor of keeping the five-cent fare on the New York subways. (This battle helped to break Michael Quill, head of the Transport Workers Union, and his organization away from the Party line, since the union supported the increase in order to win its wage demands.) *Seidman C3. (Inventory #: 228477)
$25.00 add to cart or Buy Direct from Bolerium Books
Share this item