RETURN OF THE ENOLA GAY 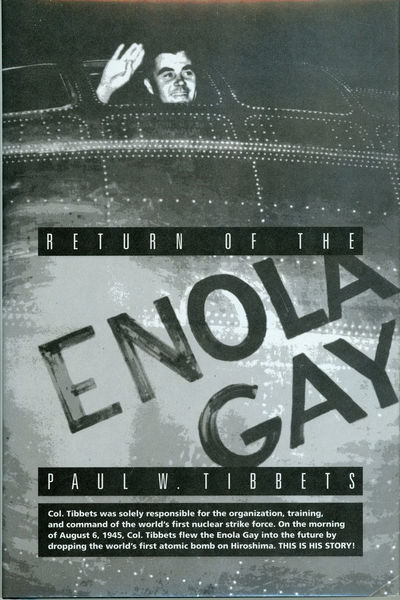 by Tibbets, Paul W.
Columbus, Ohio: Mid Coast Marketing, 1998.. Octavo, First hardcover (and first revised and expanded) edition. Signed by Tibbets and dated 4 September 2001 on the frontispiece. Business card of Publisher/Promoter Gerry Newhouse (the publisher of this new edition) and two tickets for the reception and presentation by Tibbets at the 490th Bomb Group Reunion, New London, Connecticut, 4 September 2001, laid in. A revised and updated edition of THE FLIGHT OF THE ENOLA GAY (1989). A fine copy in fine dust jacket. (#160361) (Inventory #: 160361)
$100.00 add to cart or Buy Direct from L.W. Currey
Share this item
L.W. Currey Inc.
Offered by