First [and SECOND] Annual Report to the Fellows of the Pierpont Morgan Library. 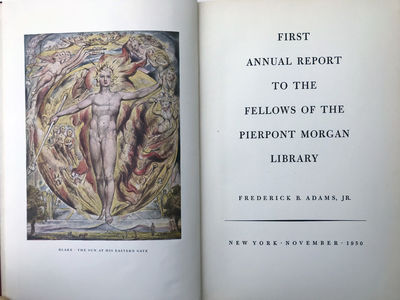