Through the Ancient Valley [Concerto No. 2 for Violoncello Soloist and Orchestra]. 2001. Autograph working musical manuscript score 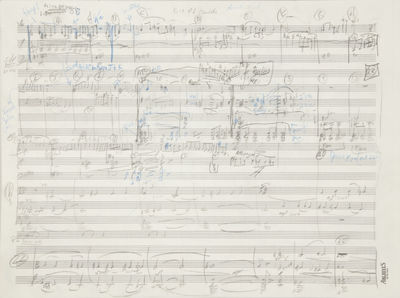