The Places In Between. 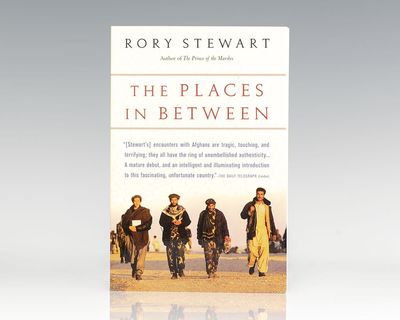 by Stewart, Rory
Orlando: Harcourt, 2006. Early printing of the author's first book. Octavo, original illustrated wrappers. Presentation copy, inscribed by the author on the title page in the year of publication, "To Heather, with very best wishes Rory August 2006." In fine condition. "It's a great travel narrative. Learned but gentle, tough but humane, Stewart -- a Scottish journalist who has served in both the British Army and the Foreign Office -- seems hewn from 19th-century DNA, yet he's also blessed with a 21st-century motherboard. He writes with a mystic's appreciation of the natural world, a novelist's sense of character and a comedian's sense of timing" (The New York Times). (Inventory #: 93219)
$150.00 add to cart or Buy Direct from
Raptis Rare Books
Share this item