Catalogue of the Celebrated Assemblage of Works of Art and Vertu, Known as the Shandon Collection 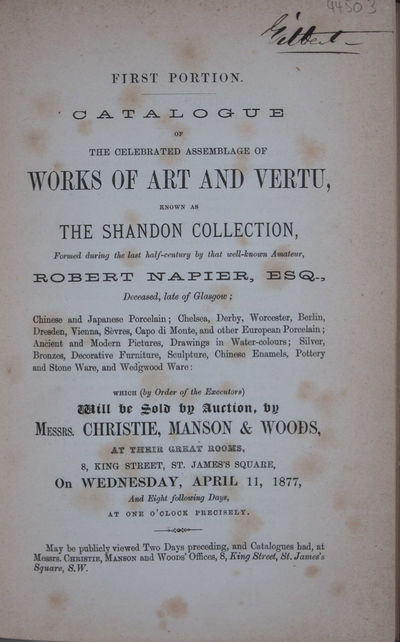