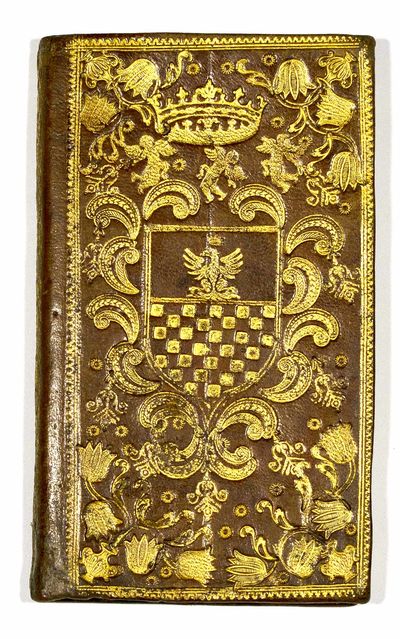 Giustino is a major opera. It shows Vivaldi on the verge of modernizing his style while summingup the most individual achievements of his earlier years. The rare libretto contains stage directions and much that is not in the original score.

Much is made of Guistino's rise from a peasant to the rank of commander of the palace guard and then to emperor. This semi-factual history is interwoven with a love story (as is required for an opera), as well as a fanciful genealogical construction that finds Giustino to be the son of noble parents instead of peasants. Giustino is a major opera. It shows Vivaldi on the verge of modernizing his style while summing up the most individual achievements of his earlier years.

The rare libretto contains stage directions and much that is not in the original score. Vivaldi may have lived continuously in Rome between 1723 and 1724, where his operatic career reached one of its peaks with his setting of Pariati's Giustino for the Teatro Capranica in the carnival season of 1724 (Strohm qtd. in Heartz, 194).

Vivaldi spent as little as 6-8 weeks writing the score, during the months of December 1723 and January 1724, prior to the first staging at the end of January or early February. Vivaldi must have been familiar with the range of all the main singers and must have worked with the librettist at length (Strohm, 10).

According the musicologist Reinhard Strohm, the libretto, along with an original autograph score still in existence, are the two final authorities for the study and possible reconstruction of Vivaldi's Giustino. He writes that the printed libretto of 1724 "must have appeared only a few days before the first night, and it must have aimed at reproducing the text precisely as it was sung. . . . Although the libretto differs in many major and minor details from the autograph [score] it does not reflect a different stage of revision. Both originated and were used simultaneously . . . their divergences result from the different function and intended readership" (63).

Strohm adds, the libretto for the audience aimed to print not only the recited text, but also to provide an explanation of the stage sets. Furthermore the libretto was to present the text in an orthographically correct, literary fashion, whereas the text within the musical score was not read by the public, only heard. "Therefore [the score] lacks stage directions and many details of punctuation which were not necessary for the performers. The libretto is a literary text of the opera which its author hoped to transmit—through the act of printing—to a wider readership" (72). Thus, there are a great many differences between the score and the libretto. For Giustino, Vivaldi borrowed a good deal of material from earlier operas and instrumental works to construct his score, including music from "La Primavera" section of Le quattro stagioni. This distinctive music, according the Strohm, suggests the "arrival of spring evokes an awakening within Giustino" (57). Because a Roman carnival opera is a gay affair, Giustino did not deal with Justin's historical activities as a ruthless persecutor of Christian dissidents, including the Monophysites and the Arians.

Nevertheless, Giustino was a success. A report comes from the German flautist Johann Joachim Quantz: "The newest thing that I have heard was the so-called Lombardi style that was hitherto entirely unknown to me and that Vivaldi introduced a short time before in his operas in Rome and which enchanted the citizens to such a degree that they scarcely wish to hear anything that is not similar to this style" (qtd. in Strohm, 6). The original version of Giustino was produced in Venice at the Teatro San Salvador in 1683. The Venetian lawyer Nicolò Berengan, an accomplished writer, created the original libretto for the composer Giovanni Legrenzi (1626-1690). The opera premiered on February 12, 1683. It is the story of Justin I defending the empire against its enemies. As a result of his heroism, he is subsequently crowned as co-emperor and married to Eufemia, the emperor's sister.

The main characters are all historical figures, although several events are blended into one story with a view of respecting Aristotelian unities of time, place, and action. 2
For several decades following its 1683 premiere, Giustino was one of the most widely performed works in Italy. Giustino was reset numerous times with the text based on Berengan's and Pariatti's text. Sartori (12359-12374) lists libretti from Napoli, Genova, Milano, Bologna, Lucca, Roma, Verona, Modona, and Vicenza all before the 1724 Roman setting for Vivaldi. Also of note is the 1737 version in London with music by Handel. Locations: OCLC: Morgan, Library of Congress.

References: Heartz, Daniel. Music in European Capitals: The Galant Style, 1720-1780 (2003); Laurance, Rita. "Antonio Vivaldi Giustino, opera in 3 acts, RV 717," description. AllMusic. https://www.allmusic.com/composition/giustino-opera-in-3-acts-rv-717-mc0002447350; Rosand, Ellen. Opera in Seventeenth-Century Venice: The Creation of a Genre (2007): "In other seasons Faustini managed to convince a variety of noblemen and a canon to turn author: Counts Zaguri and Nicolo Beregan in 1660 and 1661, respectively, and Dott. Cristoforo Ivanovich in 1663" (188); Strohm, Reinhard. Giustino by Antonio Vivaldi: Introduction, Critical Notes, and Critical Commentary (1991): [A facsimile of this original score along with separate booklet of notes is included with the original libretto].

London almanack for the year of Christ 1840. www.goldenlegend.com/pdf/almanac.pdf

London : Stationer's Company? , 1839
(click for more details about London almanack for the year of Christ 1840. www.goldenlegend.com/pdf/almanac.pdf )

St. Petersburg : R. Golicke et A. Willborg, , 1912
(click for more details about Le Ballet contemporain.)
View all from this seller>