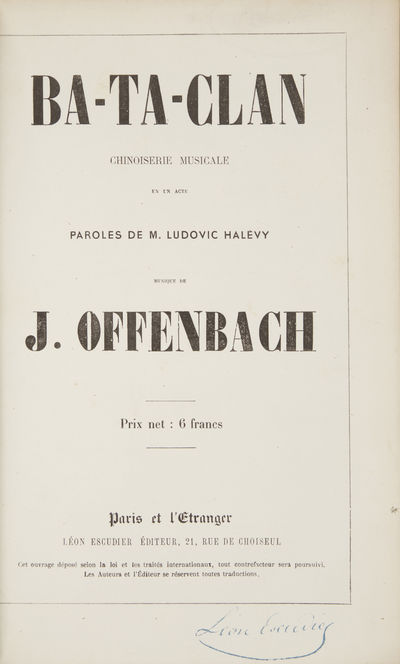 Occasional light foxing; small publisher's facsimile signature handstamp to lower margin and former owner's name to title. "[Offenbach] was, with Johann Strauss (ii), one of the two composers of outstanding significance in popular music of the 19th century and the composer of some of the most exhilaratingly gay and tuneful music ever written... Moreover, it was through the success of Offenbach's works abroad that operetta became an established international genre, producing outstanding national exponents in Strauss, Sullivan and Lehár and evolving into the 20th-century musical." Andrew Lamb in Grove Music Online. (Inventory #: 29200)
$248.00 add to cart or Buy Direct from
J. & J. Lubrano Music Antiquarians
Share this item