A Catalogue of Pure Medicinal Extracts, prepared in vacuo at the steam works of Tilden & Co., embracing the therapeutical uses of each article, and numerous testimonials from physicians who have used them 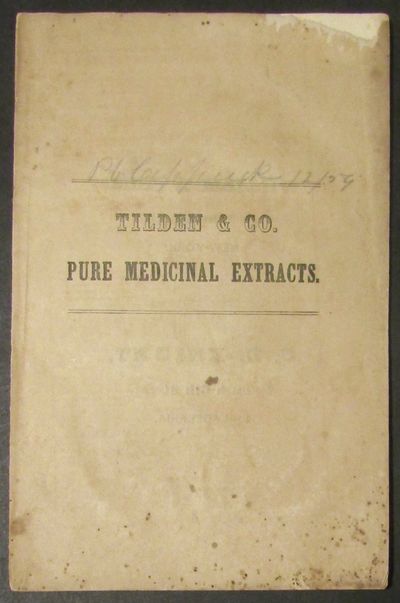 Formed in 1847, the company was the family business of Samuel J.Tilden, Governor of New York & 1876 Democratic nominee for president. Their most successful product, known as “Tilden’s Extract,” was extracted from cannabis indica &, as described on p.21, “specially recommended for tetanus, hydrophobia, neuralgia, gout, rheumatism, epidemic cholera, , convulsions, hysteria, mental depression, insanity, and uterine hemorrhage.” OCLC finds 9 copies under 4 accession numbers, all but 2 with 28 pages, apparently omitting the final 4 pages present in this volume which comprise advertising. (Inventory #: 0000528)
$250.00 add to cart Available from Citation Books.
Share this item
Citation Books.
Offered by