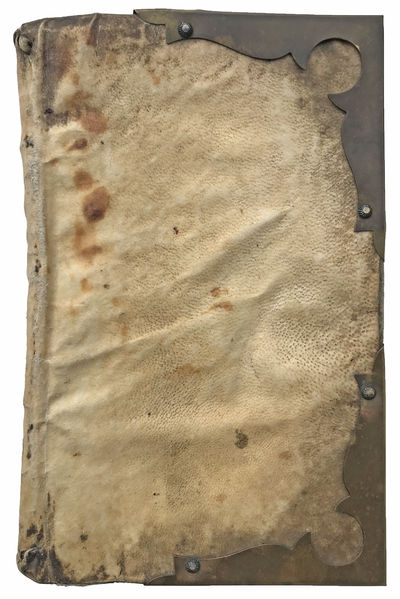 "From 1574 to 1580 Della Porta was repeatedly interrogated by inquisitors, and the publication of his writings was prohibited. Jean Bodin, in his Demonomanie des sorciers (1580), accuses Della Porta of being a 'poisonous sorcerer' and goes on to attack Agrippa. Among the various followers of Paracelsus, Jacques Gohory, denounced Della Porta. As Massimo L. Bianchi has recently demonstrated, Della Porta was up to date on Paracelsus' ideas, although perhaps only through his followers. As if this were not enough, Thomas Erastus, a Protestant critic of Paracelsism, spoke out against Della Porta as well - which leads one to believe that the last two accusations were also reactions against his chemical experiments. This onslaught forced Della Porta, at the height of his fame, to cease published for several years." - Zambelli, p. 28.

A large part of Porta's philosophical speculation is contained in the two versions of his Magia naturalis (1558, 1589), crystallized in the persona of the natural magus. Porta seeks to avoid all religious topics, as well as even the remotest hint of ceremonial magic; other than in the third book of Heinrich Cornelius Agrippa of Nettesheim's (1486–1535) De occulta Philosophia, for instance, there are no instructions for prayers, fasting, or invocations (Klaassen 2013). Porta's magic is thus less a way to improve one's own mind or to communicate with divine forces, and more a means to manipulate objects and human beings with crafty tricks. Porta developed this secular approach to magic in the face of ecclesiastical prosecution, for it seems that he was condemned for exercising ceremonial magic (Zambelli 2007). Porta's magus is a decidedly male figure who unites the physical dexterity of the trickster, the experience of the alchemist, the erudition of the humanist, the astrologer's command of mathematics, and the intuitive knowledge of the psychic medium in order to embody a superhuman, ideal man capable of manipulating everything and everybody. The magus must be talented, rich, educated, and hard-working; magic is the most noble part of philosophy for Porta (Magia 1558: bk. 1, ch. 2). Instead of a priest or metaphysician in quest of the divine—as in Pico della Mirandola or John Dee—(Harkness 1999), Porta's magus is thus depicted as an artifex (a craftsman or mastermind) who knows how to manipulate the natural and occult properties of certain bodies. Here, the attractive power a magnet exercises on iron is taken as a paradigm: the speculation is that all bodies have an inherent property to attract certain other bodies (Copenhaver 1991, 2007). According to Porta, these qualities are occult because their workings cannot be grasped by our intellect. Yet he infers that occult properties derive from formal, not material causes—partly because a very small quantity of matter often may have an enormous effect (Magia 1558: bk. 1, ch. 8).

Magic is therefore a specific science of natural objects (animals, herbs, stones), the servant or minister of nature; in Porta's characteristic definition of natural magic, just as a peasant prepares the soil to help nature produce its marvelous effects, so the natural magus prepares matter in a special way to allow its natural (but nevertheless occult) properties to appear. Structurally, this magic is a form of applied Platonist metaphysics—in Ernst Cassirer's words, an emanatist form of physics ("emanatistische Form der Physik" Cassirer 2002 [1926]: 128). In reasoning highly reminiscent of Marsilio Ficino's (1433–1499) cosmology in the De via coelitus comparanda and the De amore, Porta maintains that in the strict hierarchical order of Creation the transcendent forms are directly affiliated with God; they are projected into the world in various manifestations, first into the Angels (or daemons), subsequently into the soul, and ultimately into qualities (qualitates) via the elements, again of celestial origin, as their instruments shape matter (Magia 1558: bk. 1, ch. 4)." - Stanford Encyclopedia of Philosophy.

"Porta's first book, published in 1558 as Magiae naturalis, was a treatise on the secrets of nature, which he began collecting when he was fifteen. The secrets are arranged in four books, and the conception implied in the title is that natural magic is the perfection of natural philosophy and the highest science. This small collection of secrets constituted the basis of a twenty-book edition of the Magiae naturalis published in 1589, which is Porta's best known work and the basis of his reputation. It is an extraordinary hodgepodge of material representing that unique combination of curiosity and credulity common in the late Renaissance. But combined with the author's insatiable desire for the marvelous and apparently miraculous is a serious attempt to define and describe natural magic and some refined application of both mathematical and experimental techniques in science." - DSB, XI, pp. 96.

Giambattista della Porta, noted Neapolitan mathematician and natural philosopher, overshadowed only by Galileo in the work of Renaissance science, had a wide range of scientific and literary interests. There are demonstrated by his numerous published works. His most famous and best remembered are those on natural magic, optics, refraction and the telescope. He was also a member of the outstanding literary academy of Naples, Altomare, and the founder of the Accademia de' Secreti (Secrets of Nature). Later, he became a member of the famous Accademia dei Lincei, as well as other lesser known literary academies in Naples. His dabbling in pseudo-scientific and occult sciences caused his works to be banned by the Inquisition in 1592, which was lifted in 1598. Thorndike points out that Della Porta was either adept at escaping "serious molestation or punishment by submission or by influence in high places." - Thorndike, v.6, p. 156.