The nation and revolution 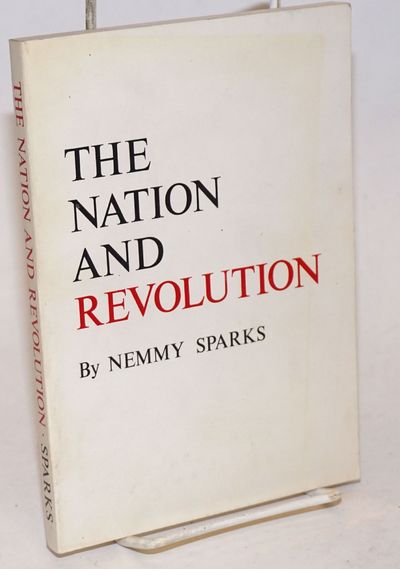 by Sparks, Nemmy
Venice, CA: distributed by The Midnight Special, 1973. Paperback. 161, [3]p., wraps a bit soiled and toned, previous owner's name on front endpaper, else very good condition. Sparks joined the Communist Party in 1924, founding and editing the "Marine worker's voice." In 1932 he headed the Communist Party in New England and participated in organizing compaigns and strikes in the textile, shoe and marine industries. He became chair of the Southern California CP in 1945. (Inventory #: 43226)
$12.00 add to cart or Buy Direct from Bolerium Books
Share this item