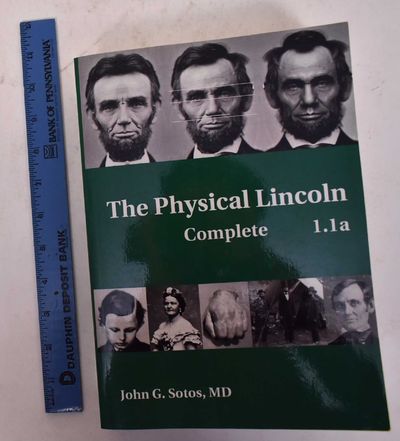 by Sotos, John G.
Mt. Vernon, VA: Mt. Vernon Book Systems, 2008. Softcover. VG. Minor wear to covers. Clean contents.. Green wraps with BW illustrations, white lettering. xx; pages 22-506. Many BW figures. "In the most insightful and original Lincoln book in decades, Dr. John Sotos takes readers on a fascinating medical tour of Lincoln's life. He reveals hidden clues in photographs, plaster casts, drawings, eyewitness acounts--and even the $5 bill--to reach a startling diagnosis: Lincoln had a rare genetic cancer syndrome called MEN2B, and was within months of dying from cancer when he was shot... [The Physical Lincoln Sourcebook] organizes more than 5900 fully-referenced historical facts into a medical record for Lincoln and his family. Eight special topics explore major issues, such as Lincoln's smallpox, his gait, his shooting, and the possibility that he had syphilis." -- Back cover. (Inventory #: 169943)
$25.00 add to cart or Buy Direct from Mullen Books
Share this item