The London Magazine: or, Gentleman's Monthly Intelligencer February-December 1783 (with the appendix) 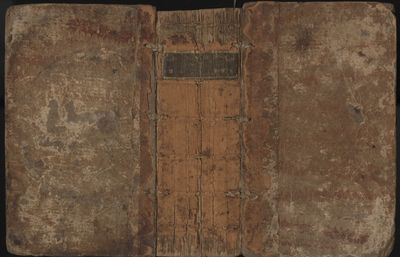 by various
London: R. Baldwin, 1783. First Edition. Hardcover (Quarter Leather). Very Good Condition. Original leather backed boards, quite worn, hinges cracked, shaken, binding still more or less sound; scattered mostly modest foxing and browing. Originally the whole year, but lacking the first 16 pages of January. July was the switch-over to being called The London Magazine, Enlarged and Improved. Page 603 of the appendix prints The Treaty of Paris ending the Revolutionary War - a very early appearance of the treaty which was signed September 3, 1783. It also contains a section of American Papers with news from the colonies, a list of the debts of the 13 states, Washington's farewell address to the armed forces, etc. Paginated continuously 17-640, a few plates. Size: Octavo (8vo). Quantity Available: 1. Shipped Weight: Under 1 kilo. Category: History; Politics & Government. Inventory No: 046804. (Inventory #: 046804)
$850.00 add to cart or Buy Direct from Pazzo Books
Share this item