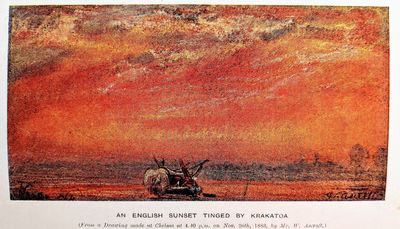 by BALL, Sir Robert (1840-1913).
New York:: D. Appleton, 1902., 1902. 8vo. xii, 384 pp. Color frontis., 3 color plates, 63 figs., index. Original blue blind- and gilt-stamped cloth; spine ends worn, front free-endpaper pierced with pin holes. Ownership inscription of Mrs. Henry Martyn Shepard. Good. Provenance: Judge Henry Martyn Shepard (1837-1904) was born in Pennsylvania but spent most of his life in Chicago, where he was a partner in the law firm Fuller, Ham & Shepard. The senior member of the firm, Melville Fuller, would go on to be Chief Justice of the Supreme Court. Shepard served as a representative in the Illinois legislature, and later succeeded Judge Moran on the bench of the Appellate Court of the First District. His wife was Frances Welles Stuart Shepard (1848- ), marrying ca.1868/9, was the owner of this copy. See: Bruce Harrison, The Family Forest Descendants of Sir Robert Parke, p. 307; Henry Reed Stiles, The History and Genealogies of Ancient Windsor, Connecticut: Genealogies and . . . . (Inventory #: RW1011)
$20.00 add to cart Available from
Jeff Weber Rare Books
Share this item

Life and Writings of Ebenezer Porter Mason; Interpreted with Hints to Parents and Instructors on the Training and Education of a Child of Genius.

New York: : Dayton & Newman, 1842. , 1842
(click for more details about Life and Writings of Ebenezer Porter Mason; Interpreted with Hints to Parents and Instructors on the Training and Education of a Child of Genius.)
View all from this seller>