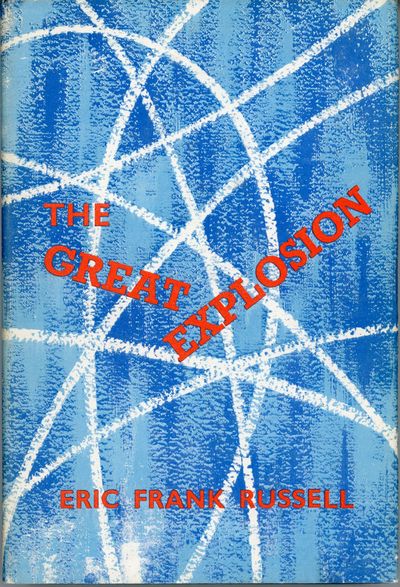 by Russell, Eric Frank
London: Dennis Dobson, 1962. Octavo, boards. First edition. A "novel expanded from his short story '... And Then There Were None' (1951). An ambassador from a dictatorial regime on Earth sets out to re-contact various planets which were colonized during a 'great explosion' of migration some centuries earlier. The book is an amusing account of how he fails to persuade any of these cosmic rugged individualists to rejoin the fold. Perhaps Russell's best." - Pringle, The Ultimate Guide to Science Fiction, p. 142. "Slickly told; picaresque; satisfying." - Anatomy of Wonder (1987) 3-321. Anatomy of Wonder (2004) II-941. Sargent, British and American Utopian Literature, 1516-1985, pp. 284-85. A fine copy in fine dust jacket. A sharp copy of an uncommon book. (#162310) (Inventory #: 162310)
$500.00 add to cart or Buy Direct from L.W. Currey
Share this item
L.W. Currey Inc.
Offered by