A NIGHT IN THE LONESOME OCTOBER .. 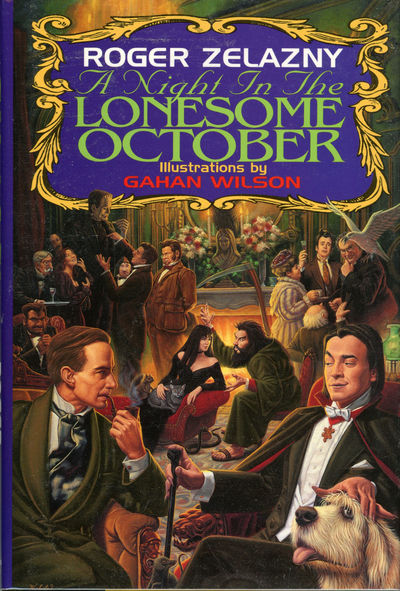 by Zelazny, Roger
New York: An AvoNova Book William Morrow and Company, 1993. Octavo, illustrations by Gahan Wilson, cloth-backed boards. First edition. A delightful mixture of horror, humor and mystery set in late nineteenth century London where the good dog Snuff and his master, a knife-wielding man named Jack, and others, both human and undead, gather from Soho to Whitehall with their tools and their animal familiars, in preparation of the dread night when black magic will summon the Elder Gods back to the world. "Sparkling, witty, delightful: Zelazny's best for ages, perhaps his best ever." - Kirkus Review, 15 June, 1993. "The last great novel by one of the giants of the genre." - George R. R. Martin. A fine copy in fine dust jacket. (#161289) (Inventory #: 161289)
$100.00 add to cart or Buy Direct from L.W. Currey
Share this item
L.W. Currey Inc.
Offered by