Tapestry in the Baroque: Threads of Splendor 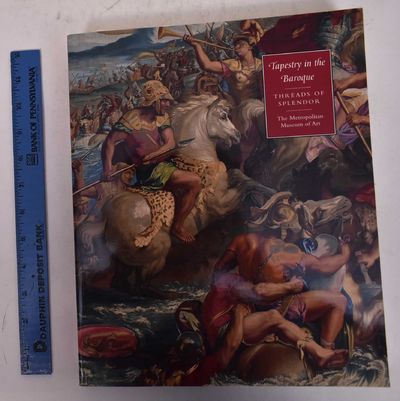 by Campbell, Thomas P. [ed]
New York / New Haven and London: The Metropolitan Museum of Art / Yale University Press, 2007. Softcover. VG. Owner's name inside front cover, otherwise clean and tight.. Red and color-illustrated wraps. x; 563 pp. 232 figures in BW and color + over 58 plates described. This book "accompanies an exhibition that is the first comprehensive survey of 17th-century European tapestry. Conceived as a sequel to Tapestry in the Renaissance: Art and Magnificence (2002), this catalogue is also the first history of Baroque tapestry available in English." -- dj. Exhibitions held at the Metropolitan Museum of Art, October 17, 2007-January 6, 2008, and at the Palacio Real, Madrid, March 6-June 1, 2008. (Inventory #: 170176)
$29.99 add to cart or Buy Direct from Mullen Books
Share this item