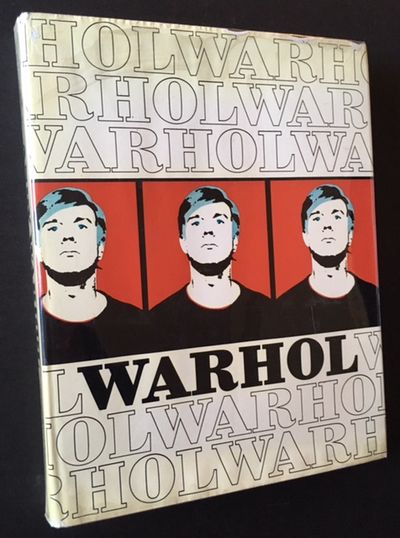 by Rainer Crone
New York: Praeger, 1970. Cloth. Near Fine/Near Fine. An unusually clean, well-preserved copy of the 1970 1st American edition of this influential early monograph on Warhol and, at the same time, first attempt at a catalogue raisonne. Tight and Near Fine in a crisp, price-intact ($19.95), Near Fine dustjacket, with just a touch of very light creasing along the panel edges. Quarto, translated from its original German by John William Gabriel. The catalogue raisonne (no doubt a daunting undertaking when it involves Warhol) here focuses on: "Early Works"; "Personal Images"; "Documentary Images"; "Consumer Articles"; "Prints on Paper"; "Prints on Plexiglas"; and "Objects" (Inventory #: 16774)
$500.00 add to cart or Buy Direct from Appledore Books
Share this item
Appledore Books
Offered by