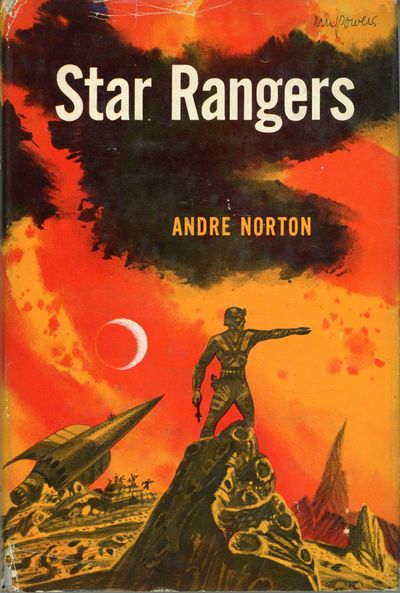 by Norton, Andre
New York: Harcourt, 1953. Octavo, cloth. First edition. Signed on the title page by Norton. By 8054, the year the Patrol ship Starfire is wrecked on an unknown planet, the First Galactic Empire's Central Control is decadent and corrupt. With no hope of rescue, the survivors set out to explore and map the planet. The Rangers find a remarkably well-preserved deserted city with its complex machinery in working order. In due course they are attacked by a Vice-Sector Lord who intends to rule as dictator of the forgotten planet. A war is fought with blasters as well as mind control. The author's second SF novel. A fine copy in good dust jacket (designed by Richard Powers) with wear and some loss at spine ends and corner tips with internal tape mends, some wear at top edge of front panel, and light dust soiling to rear panel. (#162510) (Inventory #: 162510)
$250.00 add to cart or Buy Direct from L.W. Currey
Share this item
L.W. Currey Inc.
Offered by