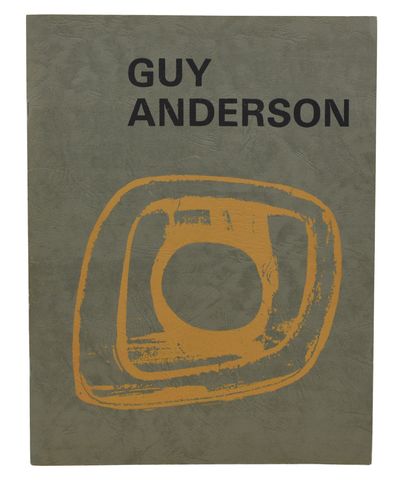 by Robbins, Tom; Peterson, Bob [Photographs]
Seattle: Gear Works Press, 1965. First Edition. Fine. First edition, first printing. Folio. Bound in publisher's heavy grey stapled wraps printed in yellow and black. Fine, with faint wear at corners and a small, light scratch to the rear cover. Tom Robbin's first published book, a monograph about the work of Guy Anderson, with text written by Robbins and photographs of Anderson's work taken by Bob Peterson. Anderson was a Pacific Northwest painter who was considered one of the "big four" artists of the Northwest School, an American art movement established in Skagit County and the Seattle area. The same area, which no doubt, affected Tom Robbins and his writing. A beautiful copy, uncommon in such nice condition. (Inventory #: 140938020)
$850.00 add to cart Available from
Burnside Rare Books
Share this item
Burnside Rare Books
Offered by